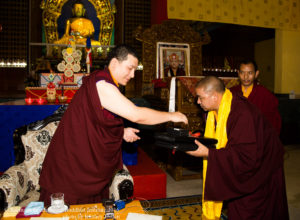 On June 22, a ceremony was held at K.I.B.I. to appoint the new Secretary.  Khenpo Mriti held the post of Secretary for four years and undertook his work with great dedication and success, but he resigned in March 2016.  His Holiness Gyalwa Karmapa and the board members of K.I.B.S. have now appointed Lama Thabkha to the post.

The function was chaired by Gyalwa Karmapa, and the participants included K.I.B.I.’s Director Professor Sempa Dorje, sangha members from Rumtek Monastery, and faculty and students from Sri Diwakar Buddhist Academy.  Khenpo Mriti briefly presented his work and achievements on behalf of K.I.B.I. during the four years of his tenure, then ceremonially handed over the key files and account details to Lama Thabkha.
Following this, His Holiness spoke.  He described the importance and uniqueness of the Karmapa International Buddhist Institute in the past and in the present, as well as the much-needed role it will play in the future development of Buddhist education.
The program concluded with offering of katas to His Holiness, and a warm welcome to Lama Thabka as K.I.B.I.’s new Secretary. 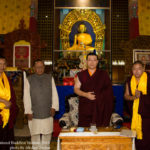 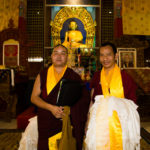 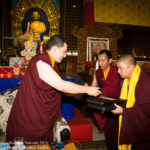 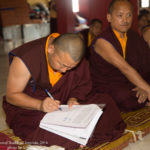 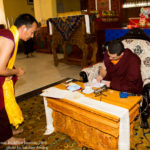 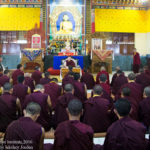 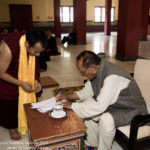 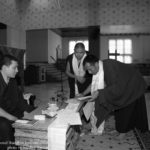 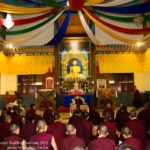