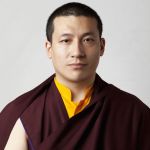 Karmapa Thaye Dorje is a world spiritual leader. Born on the 6th of May 1983, His Holiness is a Buddhist teacher and ambassador for peace.

His Holiness has spiritual responsibility for over 900 monasteries and Buddhist centers in 68 countries around the world.

His Holiness has a powerful vision of peace. Inner Wealth, His Holiness believes, holds the key to peace within ourselves and within our communities. We are all enriched with Inner Wealth, a limitless source of compassion and wisdom. His Holiness teaches that by cultivating our natural, noble qualities, we are all able to experience and express peace.

As a world Buddhist master, His Holiness Karmapa Thaye Dorje is able to translate traditional wisdom into practical steps that we can all use to be happier and to benefit the world around us. Read more here: www.karmapa.org. 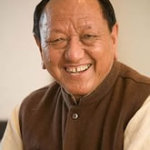 Professor Sempa Dorje is a most thoroughly learned Indian scholar. He is a highly respected and regarded Buddhist professor with a vast knowledge of Buddhism, both in Tibetan and Sanskrit. At a young age he went to Tibet to study until the invasion at which point he returned to India. For thirty years until his retirement he taught at the Buddhist University in Varanasi. He is one of the main teachers of His Holiness the Gyalwa Karmapa. Now he lives in Delhi and lectures at KIBI. 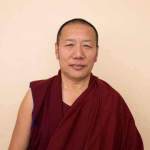 Khenpo Lobsang Tsultrim
Khenpo Lobsang Tsultrim was born in Darjeeling, West Bengal in 1963. He entered Sera Monastic University at a very young age. After twenty years of profound studies he completed his doctorate in Buddhist Studies there. His studies included Tibetan Literature, Astrology, Medicine, Buddhist Philosophy including Sutra and Tantra. He also met Kunsig Shamar Rinpoche and received many Kagyupa Teachings. Later on Shamar Rinpoche sent him to the Vikrama Shila Buddhist Institute, Pokhara, Nepal. He served there as the Director from 2004 to 2008.
In 2009, he was requested to teach in Shri Diwakar Buddhist Institute, Kalimpong WB as a leading teacher. He served there until 2012. Since 2013 Khenpo Lobsang is one of the leading faculty members of the Karmapa International Buddhist Institute, New Delhi (KIBI). Khenpola is well known for his kindness and dedication towards his students. 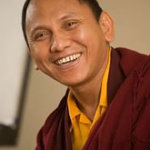 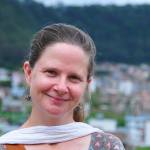 Prof. Lara Braitstein
Lara Braitstein is Principal of KIBI and Associate Professor of Indian and Tibetan Buddhism in the Faculty of Religious Studies at McGill University (Montreal, Canada).  Her area of research interest includes Indian and Tibetan/Himalayan Buddhist literature and historiography. Her current research revolves around the life of the 10th ShamarpaChodrupGyatso (1742-1792), a Tibetan Lama who played a complex role in the fraught relations between Tibet, Nepal and China during the late 18th century.  She is author of Saraha’s Adamantine Songs (American Institute of Buddhist Studies/Columbia UP), a translation and literary analysis of a set of three long esoteric poems composed in the 9th century.  She is also the translator of Shamar Rinpoche’s book Path to Awakening (MotilalBanarsidass, 2009 and 2011). She teaches courses on Tibetan Buddhism, Buddhist poetry, and Indian and Tibetan Buddhist tantric traditions. Read more here >> 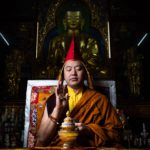 Ven. Dupsing Rinpoche
The 3rd Dupsing Rinpoche studied under numerous masters in Pokhara and in Kalimpong under Professor Sempa Dorje. In 2003 he joined the Cambridge University in the United Kingdom and graduated with a Master degree in Theology in 2007. Rinpoche received many teachings, oral transmissions, empowerments and did many retreats under one of his gurus, the late Ven. Bokar Rinpoche and late Ven. Lama Kunkyab. Dupsing Rinpoche also made a six Naro Yoga and Vajra Varahi retreat at Le Bost in France.
At present, Rinpoche holds the main responsibility as retreat master for the three year and three month Karma Kagyu lineage retreat in Sarangkotmountain. Rinpoche also takes care of JangchubCholing Monastery, VikramaShila Buddhist Institute, DupgyudCholing Monastery, Kagyu Institute for Buddhist studies, and TharpaCholing nunnery in Muktinath. Rinpoche is often invited by his disciples and students to Australia, East and West Europe, USA, South America and Canada in order to teach all levels of Buddha dharma. Read more >> 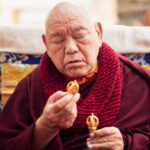 Rinpoche was born in 1947 in Tibet in the Nyethang region. In 1955 at the age of nine he was recognized by the 16thKarmapa as the 2nd incarnation of the late Beru Kheyntse. In 1963 he received the oral transmissions of the Ngondro (Preliminary Practices) and the Guru Yoga from the 16th Karmapa and received numerous teachings from various teachers such as H.H. Sakya Trizin Rinpoche, Kalu Rinpoche and Dilgo Khyentse Rinpoche.

Today Beru Kheyentse Rinpoche teaches in dharma centers all over the world and has given refuge and blessing to thousands of practioners. 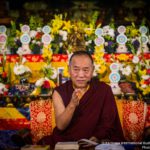 Khenpo Chӧdrak was born in 1950 in Eastern Tibet (Kham). At age nine he started his Buddhist studies at Rumtek Monastery in Sikkim. From this place he received his Khenpo title from the 16th Karmapa, and later he directed both Nalanda Institute of Higher Studies of the Rumtek Monastery as well as KIBI. Today he frequents KIBI giving lectures and teachings throughout the year in smaller settings with the student group and at the big annual courses. 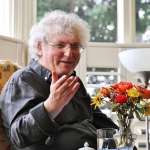 Ven. Lama Jampa Thaye
Lama Jampa Thaye is a scholar and meditation master trained in the Sakya and Karma Kagyu traditions of Buddhism and authorized as a lama by his two masters, Karma Thinley Rinpoche and H.H. Sakya Trizin. Lama Jampa was appointed by Karma Thinley Rinpoche as his dharma-regent and subsequently, in 1988,he was given the authority to carry out the activities of a lama, such as bestowing vajrayana initiations. Since then he has travelled extensively giving teachings and initiations in many countries.
Lama Jampa Thaye is the author of various works including “Garland of Gold”, “Way of Tibetan Buddhism” and others. He holds a doctorate from the University of Manchester for his work on Tibetan religious history and lectured for over twenty years at the University of Manchester and Manchester Metropolitan University.
In 1974 H.H. the Sixteenth Gyalwa Karmapa appointed Lama Jampa to the Karma Kagyu Trust (UK) and and he is now a member of the international teaching faculty of the Karmapa International Buddhist Institute in Delhi. Lama Jampa regularly contributes articles to Tricycle magazine’s on-line blog.
Read more >>

Fees for Diploma studies are available upon request.Please e-mail to: info@kibi-edu.org.