What students think about KIBI 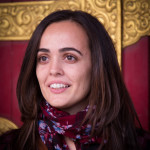 I met some KIBI students at the Kagyu Monlam in Bodhgaya four years ago. They inspired me to study Buddha Dharma in depth, and to also learn Tibetan. I spent some time in the US improving my English, and then came to KIBI in 2014. I have learned so much about Buddhist philosophy, but also about myself, finding new ways to look at things. The studies are so logical, and the people, teachers and classes have made this an incredible experience. 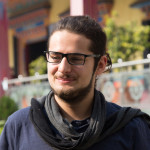 I wanted to make a more in-depth study of Buddhism and I couldn’t find anything like this course in France. It was also important to me that KIBI offered a recognized qualification from an accredited University. We have a very good library here for making independent research, and I find that KIBI is a great place to combine study and practice. 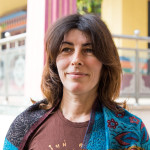 I decided quite spontaneously to come and study at KIBI during the meditation course last December (2014). I feel at home here, and its very inspiring to know that the the Karmapa is close by, and visits quite often. I felt strongly drawn to stay here, study and practice. I wrote out a list of what clothing I would need, but hadn’t quite made the final decision. Then, during the refuge with the Karmapa I knew instantly it was the right thing to do. He blessed my application, and I knew everything would be ok. 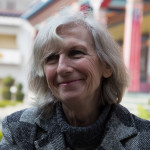 I met Lama Ole in 1997, took refuge and started to practice. When I retired in 2011 I had more free time. I saw the meditation course in KIBI and decided to attend. I had spent some time meditating but not much on studying. Professor Sempa Dorje had relayed the Buddha’s advice to read, contemplate and meditate, so I decided to come to KIBI. As a result of following the curriculum I read many texts, and received explanations that under other circumstances I wouldn’t have.

Here are some of the KIBI students’ cheerful faces. Don’t you want to join us?