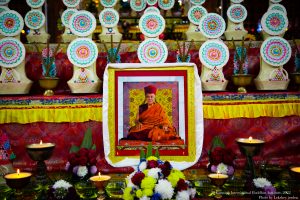 On the 28th of the December 2022, one of the lights of the planet and representative of the Buddha left our planet: His Eminence Luding Khenchen Rinpoche, the 75th throne holder of Ngor Ewam Choden and head of the Ngor sub-sect of the Sakya School, entered into the deep meditation of Dharmadhatu. On behalf of all the members of Karmapa International Buddhist Institute (KIBI), we would like to express our heartfelt sympathy to the religious dignitaries, devotees of the Sakyapa School–in particular those of the Ngor Ewam Choden tradition–family members, and students.

The Ngor sublineage was founded in 1429 by the great scholar and meditation master Ngorchen Kunga Zangpo. Ngor Evam Choden, the monastery established by him, became an important center for tantric and philosophical teachings, famed throughout Tibet. Similarly great a descendant, His Eminence Luding Khenchen Rinpoche is deeply respected by masters and students throughout Tibetan Buddhism, widely known for his vast and profound Inner Wealth and immense knowledge of the Buddha dharma.

Moreover, Luding Khenchen Rinpoche has a special dharmic bond with the Gyalwa Karmapa and Shamarpa. In 2003, Their Holinesses Karmapa Shamar-Nag (the Black & Red Crown Karmapas) received the rGyud sDe Kun bTus empowerment (the Compendium of Tantras, compiled in the 19th century by the 1st Jamgön Kongtrul Lodrö Thayé) from him in Menlo Park, California. Already in 1961, the late Jamyang Khyentse Chökyi Lodrö (1893-1959) had predicted that one day, Khenchen Rinpoche would transmit these teachings to the Kagyupas, which was likewise prophesied by the 1st Jamgön Kongtrul, even prior to that. Thus, the prophecies were fulfilled.

Subsequently, in 2014, His Eminence was one of the main Vajra Masters of the cremation ceremony (guiding the Hevajra ritual) of His Holiness the 14th Gyalwa Shamarpa, Kunzig Mipham Chökyi Lodrö, at Sharminub, Kathmandu. On 11th of January 2019, Luding Khenchen Rinpoche visited KIBI where he bestowed the Refuge Vow upon Thugsey-la (the heart son) of the Gyalwa Karmapa by performing the hair-cutting ceremony. This also included the conferral of the Dharma name ‘Jigme Chokyi Trinley’.

In gratitude for having had the great fortune to have met Khenchen Rinpoche, we keep his genuine example as an inspiration in our hearts, and share in prayers. May his guiding light never cease, even during his physical absence, and may he swiftly take rebirth among us again! 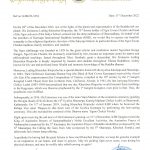 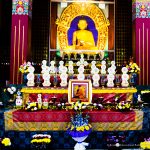 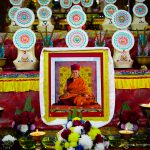 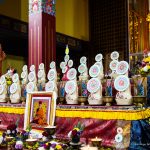 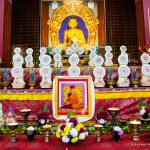 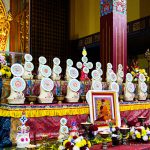 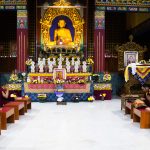 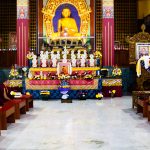 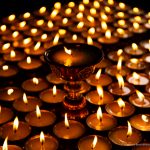 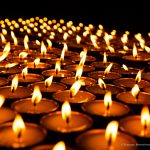 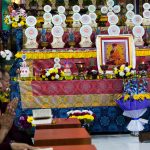 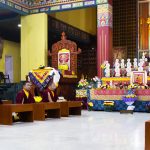 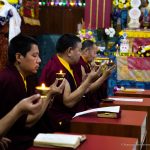 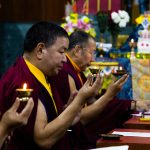 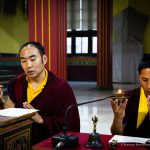