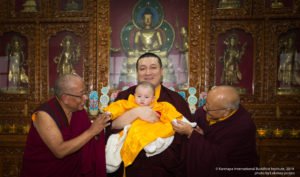 The 7th Annual Public Meditation Course (PMC) of Karmapa International Buddhist Institute (KIBI) has been running successfully at its institute in Delhi and it came to the end today. The last day of the course, 2nd of January was coincided with a special event by giving a public audience of the 17th Gyalwa Karmapa’s heir (Thugsay), an age of four months. There were around 300 devotees, including venerable monks, nuns and the international audience joined the events to see the boy and his parents. KIBI was filled with flowers, perfumes, lamps, and auspicious signs. The event was started at 4 pm by traditional welcoming Gyalwa Karmapa, Sangyumla and their son. Around the time, all members were anxiously waiting for them by holding flowers and white scarfs (Jaldar) at the institute’s courtyard. After offering the welcome jaldar to His Holiness Gyalwa Karmapa and Thugsay Rinpoche, Prof. Sempa Dorje, president of the KIBS society, leads them to the event hall and offered long living Mandala.  Besides Professor, senior Karmapa Kagyu members such as Lama Sherab Gyaltsen Rinpoche and Lama Choying Rinpoche and Dubpon Nyigyam were there to witness the events and offered their respects.

After the special event and an hour break, the conclusion program of the meditation course was held. Ven. Karma Sherab read his conclusion speech. On behalf of KIBI administration and the course participants, he expressed his gratitude to the teachers, interpreters and staff members for their contributions with whose support the course has successfully completed. In conjunction with the speech, Skarma Ishey Jungnes, Gen.  Secretary to KIBS, assisted by other staff members, offered flowers and Khataks to the teachers and the interpreters. The program was ended with essential teaching of His Holiness Gyalwa Karmapa and group dedication prayers. In the teaching, he mentioned that the failure is the key to succeed one’s spiritual path. Gyalwa Karmapa, in the end, conveyed his best wishes to all the course participants and for their safe journey. Before leaving the mic, Ven. Ngawang, the MC of the program, confirmed the returning of the same teachers next year for the meditation course. He also welcomed people to KIBI’s one-month intensive Buddhist Course, running from February to March 2019. 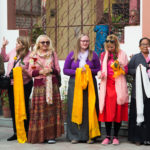 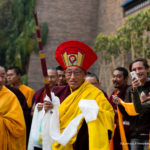 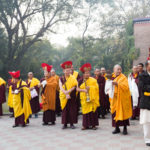 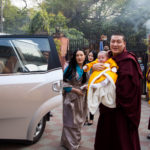 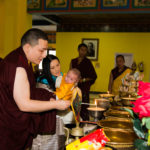 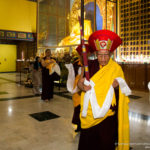 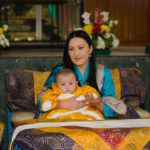 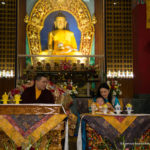 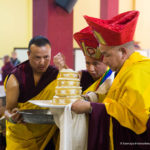 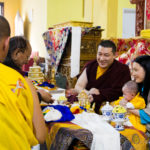 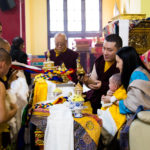 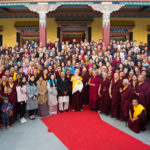 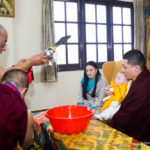 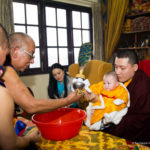 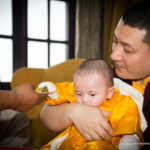 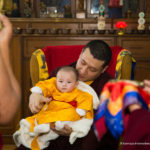 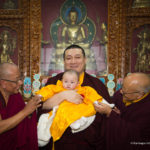 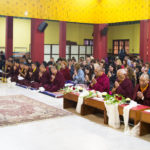