For several years monks from Karmapa International Buddhist Institute have been invited to participate in an inter-faith prayer on International Women’s Day, and this year the tradition continued. Different religions were present at this occasion all offering prayers for peace and equanimity.

The program started out with the Guest of Honor, Mr. Derk Segaar, Director of the UN Information Centre in New Delhi, and war widows laying a wreath at the Gandhi Smriti statue in the garden.  Mr. Segaar had a message from the General Secretary of the UN, Mr. Antonio Guterres expressing concerns over the widening gender gap and ended the speech talking about how to empower women.Later individuals representing Baha’i, Buddhist, Christian, Hindu,  Muslim and Sikh communities all offered a speech and prayers. 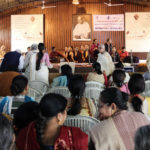 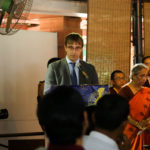 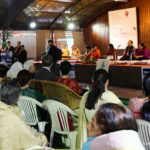 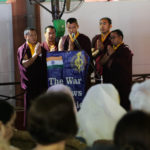 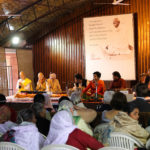 The event was organized by the Guild For Service and War Widows Association at Gandhi Smriti.