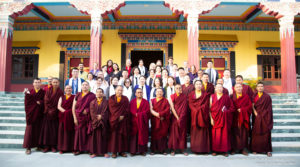 Today, around at 4:30 PM, the Karmapa International Buddhist Institute (KIBI) warmly welcomed 20 members of a media delegation from Mongolia, with traditional white scarves by the General Secretary of KIBS, Issey Junges.

The delegations lit lamps in front of the Buddha. Simultaneously, KIBI sanghas and lay students chanted the King of Aspiration Prayers, which was dedicated to the stability, and peace of the world. The delegation also participated in it. After that Khenpo Tsering gave a brief introduction of KIBI, which was followed by refreshment.

The delegations are visiting India; as a part of external publicity, public diplomacy division to enhance awareness of understanding of contemporary India and its heritage in foreign countries. We wish them all the best on their tour across India. We would also like to thank the Indian government for choosing us to showcase the thriving diversity and cultural heritage of this wonderful country. 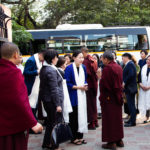 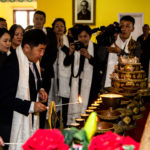 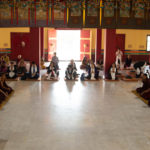 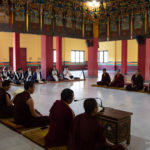 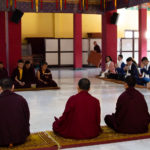 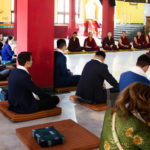 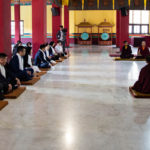 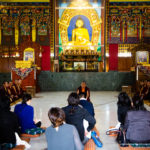 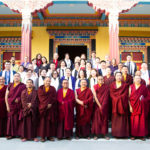 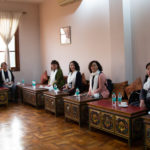 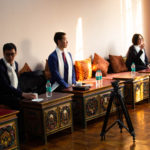