The annual Public Meditation Course at KIBI has begun 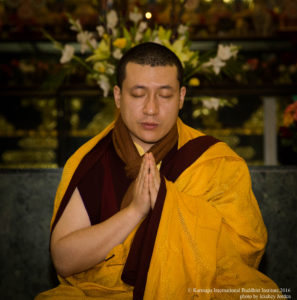 Spanning 8 full days, the 5th annual Public Meditation Course (PMC5) began this year on Christmas Day and will end on New Year’s Day. The program is based on the three trainings common to all lineages: morality, meditative absorption, and wisdom, which are integrated into the four sessions held each day. Also included in the program are teaching and practice sessions on the Karma Kagyu version of four foundational practices (i.e. Ngondro). As the Public Meditation Course in an ongoing program, teachings on the first two foundations (refuge and vajrasattva) were completed in previous years. So the focus this year is on the third foundation: mandala offering.

The program is being led by supreme masters of the Karma Kagyu lineage. On the first day of the program, H.H. the Gyalwa Karmapa granted the Mahayana sojong vows in the early morning. For the remainder of the program, Ven. Lama Nyigyam Rinpoche is leading the morning sojong practice, as well as the shamatha meditation sessions each afternoon. Rinpoche is a highly qualified Karma Kagyu master; he is the Chief Abbot of Dhulda Ling at Sharminup Institute in Kathmandu and the retreat master at Pharphin Retreat Center. The teachings and practices on mandala offering are being led by Ven. Sherab Gyaltsen Rinpoche, who is the most senior master of the Karma Kagyu lineage alive today. Rinpoche is also leading the daily practice sessions on compassion in the evening; the recitation of the Awaloketeswar Sadhana.

Most of the teachings are being presented in Tibetan and translated into English and several other languages. This year, there are around 250 participants attending the course from more than 20 countries. There are many teachers from different Karma Kagyu centers in the West attending the program also. 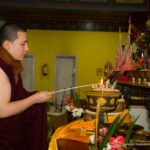 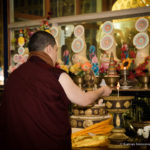 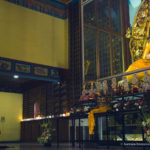 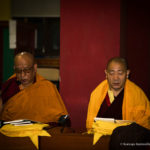 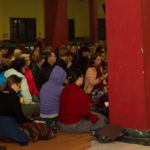 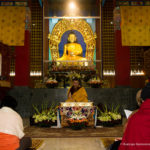 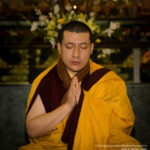 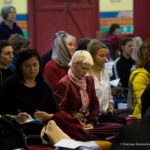 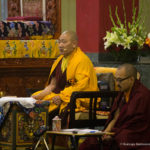 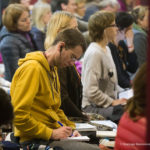 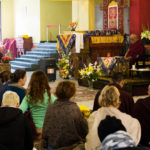 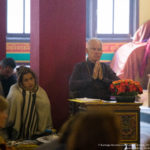 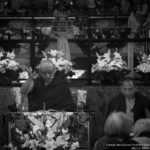 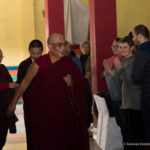 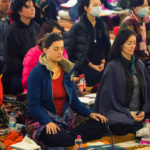 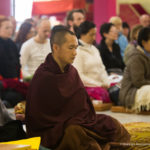