Screening of the documentary Hannah during the KPC 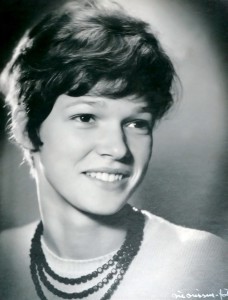 Hannah Nydahl, one of the first western disciples of the 16th Gyalwa Karmapa, was a major driving force in spreading the Buddha-dharma in the West. Hannah was also strongly connected to K.I.B.I. from the very early days as she lived, translated and taught at K.I.B.I.

Hannah embodied the Dharma in a remarkable way during her life and, in doing so, inspired thousands of practitioners around the world. After she passed away in 2007, is was only natural that her legacy would live on as an inspiration to others.

Adam Penny, Marta György Kessler, and their team undertook the momentous task of compiling the events of Hannah’s life into a documentary that is accessible and inspiring to both Buddhists and non-Buddhists alike. The result is the touching documentary Hanna: Buddhism’s Untold Journey, which has warmed the hearts of audiences and garnered critical acclaim. The film has earned awards at several international film festivals.

K.I.B.I. was honoured to be able to screen the documentary during the Karmapa Public Course. For more details on the film, please visit the official movie website.