Lhabab Duchen, celebrated on the 22nd day of the ninth month in Tibetan calendar, marks the anniversary of the Buddha’s descent from the heavenly realm to the earth. it is on this day that Buddha Shakyamuni descended to the heaven of thirty-three Trayastrimsa to give teachings to benefit the gods in the desire realms and to repay his mother’s kindness by liberating her from samara. considered to be one of the great deeds of the Buddha among the eight great deeds, it is part of the Buddhist tradition to engage in virtuous activities and prayer on this day. Karmapa International Buddhist Institute Sanghas and guest will prayers for the well being of all our teachers and mentors, celebrate with sixteen Arhats pujas and share words of inspiration. on this day, the effect of positive and negative action are multiplied by ten million times. 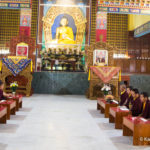 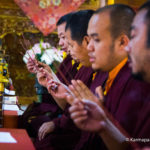 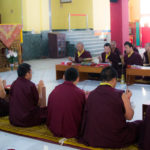 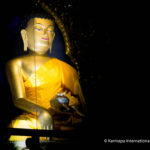 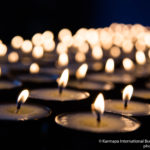 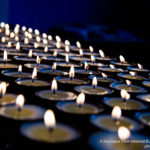