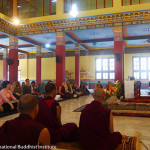 His Holiness the XVIIth Gyalwa Karmapa Trinley Thaye Dorje blessed and inaugurated the Shamatha Course with an auspicious inaugural teaching on the course subject of meditation on 08th November 2012.
His Holiness welcomed about a hundred students and expressed his … 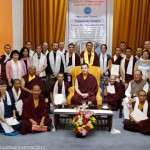 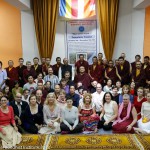 Rinpoche began his address with a wide overview about the establishment of KIBI. Rinpoche …