A Special Day of Celebrations at K.I.B.I. 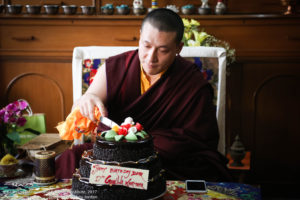 May 6, 2017.  Today was an extraordinary day of celebrations at K.I.B.I. as we marked both the 34th birthday of His Holiness the 17th Gyalwa Karmapa Trinley Thaye Dorje and the graduation of six students from the B.A. program.  Congratulations to Karen Franco, Olga Maksimova, Stephane Richards, Coralie Maurel Santini, Kelsang Sherpa, and Zsuzsanna Venczel!

During the morning of this auspicious day, the monks performed pujas for His Holiness’ long and healthy life.  These including supplicating the birth deities, smoke offerings, and Clouds of Nectar offerings.

After concluding the Farewell Ceremony, a birthday cake was brought to His Holiness Gyalwa Karmapa and shared by everyone present. 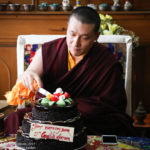 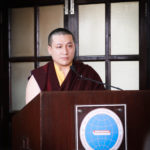 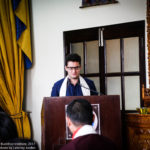 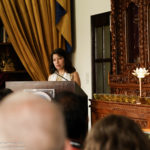 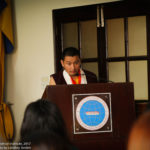 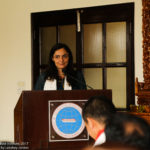 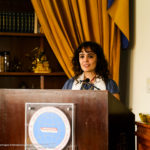 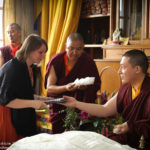 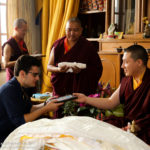 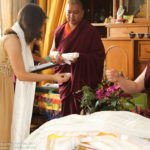 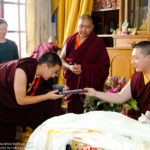 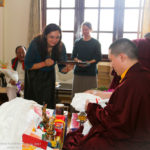 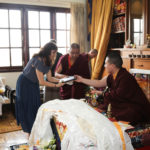 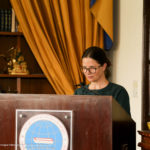 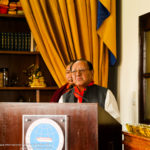 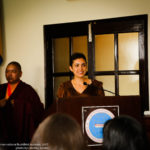 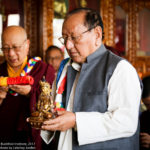 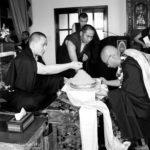 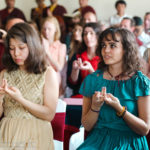 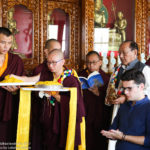 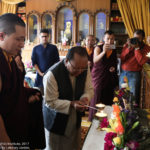 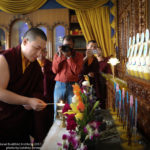 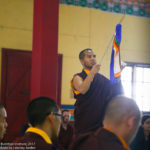 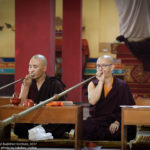 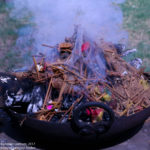 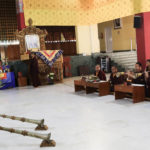 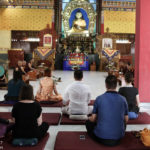